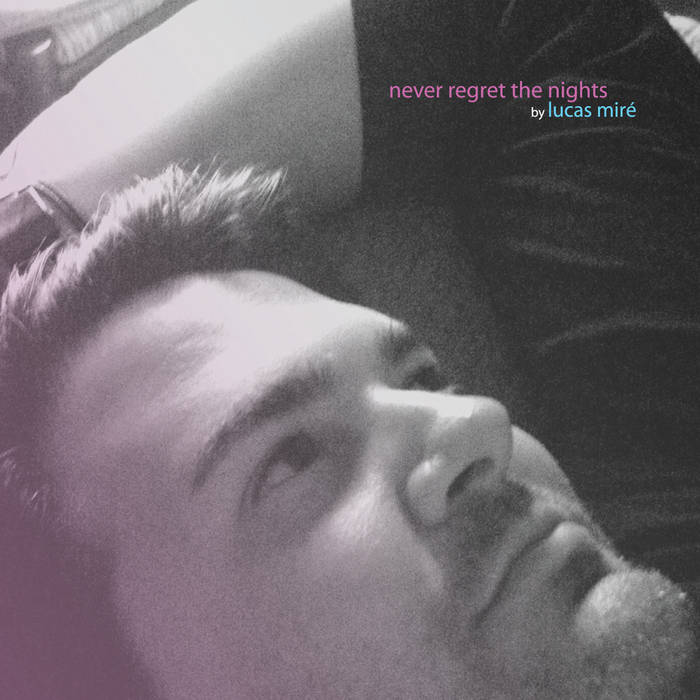 Marrying head and heart, Miré's sophomore effort eschews the folktronica/pop touches of his debut, and finds him taking a more organic approach to another batch of highly personal songs. Lyrically driven and melodic, "Never Regret the Nights" is a clear expression of the modern/urban folk aesthetic.


2006 OutMusic Award nominee for Outstanding Male Debut, "Forever's Not As Long As It Used To Be"

"Miré's smooth voice and intimate lyrics break your heart and then heal it, all in the same phrase. -- Jennifer Vanasco, nationally syndicated columnist

"What's evident is that Miré's strengths lie in his songwriting. As a lyricist, he cuts deeply and honestly into the maelstrom of angst and pain that color intimate relationships. And the candor is frequently startling." -- New York Blade, NYC

"Lucas Miré is not your average singer-songwriter. Aside from having compelling melodies and insightful, poignant lyrics, Miré's gentle pop songs possess that special and rather rare quality - the one that makes you tune right in and eat up every word." -- Edie Carey, Singer-Songwriter

"Graceful melodies that are as catchy as they are insightful. Musically, it's a nice blend of cool, breezy acoustic pop/rock -- fresh but familiar at the same time. Lucas invites you to take a peek into his soul in this diary of a bright-eyed boy who's wiser than his years and has a unique perspective." -- James Cool, Madison Park